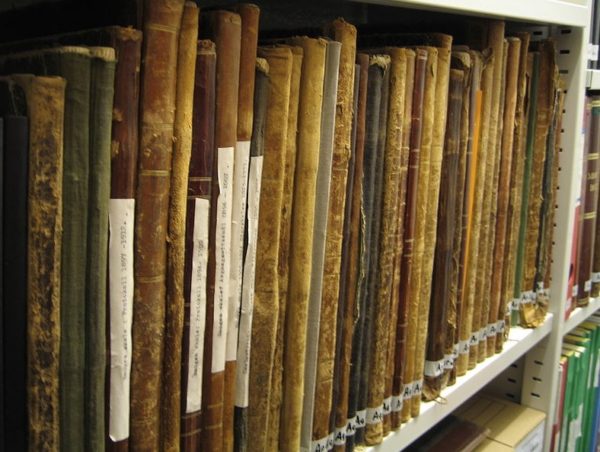 A funny thing happened on the way to this blog post.

From a local librarian:I get to take over the duties of someone very beloved by patrons who recently left us and this includes computer help. I’m trying to create a repository of ‘self-help’ documents both for staff who often need it and for patrons to take home with them when we do something like set up an email address and they need the steps repeated. I’d rather not reinvent the wheel… it occurred to me that maybe you already have some that you can share? If not, can you provide me some pointers on what to include?

I’m also charged with cleaning up the staff file system on our server and coming up with good practices for file naming, document organization, and teaching our staff how to do it…. I’m hoping you know of some examples of local libraries with excellent file management in place or a set of best practices somewhere so I can give more models of what I’m trying to fix. Where might I find something like this?

Those sound like challenging tasks. I am happy to help as I can. Some of it is really going to be moving people to a “digital readiness” place where they feel deputized to do some of this themselves and that is challenging and needs to be as much an emotional task as a physical one. Lots of positive “you can do it” feedback and lots of “ok let’s try this again….” sorts of stuff, patience, etc. Trying to view improvement as improvement, even if it’s ever-so-slight as opposed to “Man, this is just a MESS.” I know I’m not telling you things you don’t know, but I have found that if I reframe some of the “work” as just being supportive and patient, I can feel better about what I do manage to get done. END_OF_DOCUMENT_TOKEN_TO_BE_REPLACED 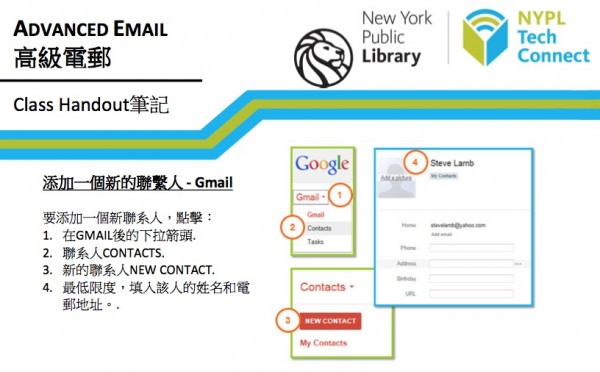 I mentioned back in January that NYPL has said they were putting all of their handouts for their tech classes online. It took a while for them to get that sorted, but they’re online now and worth checking out. There is rarely any good reason to reinvent the wheel in tech instruction. While computers and the internet have changed a great deal, many old favorites like Mousercise still deliver. There are a lot of things people point to for good tutorials and lessons, but very few that have good information in a clear and easy to understand way. For anyone who is looking to actually spend money on tutorials, Lynda.com is the definite go-to. Otherwise the short list of worth-a-damn sites continues to be short.

I teach a bunch of little “Getting Started with X” night classes at the local vocational high school. They’re fun. I’ve been doing them for years now. They’re the sort of classes you’d teach at a library if you had a computer lab, but the libraries here don’t have computer labs. They’re usually 8-12 hours broken down into two hour classes. Given that, you might be surprised how little we cover, but we go slow, do a LOT of review, and do a lot of things together so that everyone can keep up.

I’m lucky to have access to the computers in the lab, so I can put documents and example spreadsheets on them ahead of time. One of the most important things in teaching novice users is that they’re often bad typists so saying “Type a few paragraphs and then we’ll edit them” is a recipe for disaster and frustration. I usually have them work from some standard text like The Gift of the Magi or something I’ve copied from Wikipedia. I’m also very clear about what sorts of things on the computers are customizeable and what are functions of how the computers work. For new users, they can’t tell what’s a setting — all those annoying pop-up warnings using Internet Explorer when you go to a secure site for example — and what’s something you can’t easily edit — how the cursor behaves. One of the biggest thigns I had to learn is that a lot of my students have no idea what the word “default” means, so when you say “Oh that’s just the way MS Word is set as a default…” that’s not a sense-making sentence to them. We spend half a class just adjusting the settings, turning off grammar-checker, adding and removing toolbars, so they know how to do that if they ever get a computer at home.

It’s fun work and I really enjoy it. Over the years people have emailed me asking for advice so I’ve zipped up my class handouts and sample documents and made them available here. Please feel free to use them in your classes in any way you’d like to. If you do, please remove my name and email address first :)

I’ve been MIA the past few days because I’ve been preparing and presenting a Continuing Ed class called Beyond Google: Using Web 2.0 Search Tools. I gave this class at the NAHSL conference in Lowell, Massachusetts yesterday. It was a long class, four hours, and while I was putting it together I was a little concerned that it might be too short, but it wound up maybe being a little too long (I breezed through some stuff at the end that I would have lingered on, but did end everything on time).

While the documentation for creating the class required me to prepare a “handout” I mostly made a slide show and then a corresponding page of every link I’d mentioned during the talk. It was time-consuming work, but ultimately more useful to participants than a printed page full of URLs. I gave out handouts that were mainly for note-taking in addition to some short lists that I thought would be good takeaway points. I’ve said it before but I really think empasizing handouts over web resources when we’re talking about the web is a smart way to move forward. That said, my handouts are downloadable in PDF format in case anyone wants to repurpose them.

The class itself was a mixture of some talk about Google and what sort of things they do besides their basic search portal, looking at what I think of as “2.0 search” and why I think some sites fit the description and a discussion of collaborative information tools like wikis, question and answer sites and “ask an expert” sites. I finished up with a talk about Firefox and why I think librarians should be using it. At least a few class members were unable to use any other browser in their workplace so I put in a plug for Portable Firefox as well as listing my favorite add-ons, themes and plug-ins. We even installed a script just to show how terrifically easy it was.

Hi. I’m back from a quick trip to Lacrosse Wisconsin. I got to do a five-hour training for members of the Winding Rivers Library System on digital divide and library 2.0 topics and then got to finish up by showing off a lot of the sweet stuff that Firefox can do. It was a really good day. I’ve never done a training that went that long before and I think I managed to mostly keep the energy level up — though my screenshots didn’t always display well, I may have to redo them with more close-ups — even in a basement room with flourescent lighting. Many thanks to Kristen Anderson for inviting and hosting me and everyone else for being engaged, asking questions and taking the time to learn more.

Here is the jumping off point for all my talks, including the handouts and more links. Like Nicole, I’ve really agonized over how much I want to provide in terms of handouts. Many presentations have an evaluation point about how useful people found the handouts and I’ve frequently gotten negative feedback when I only have my handouts online, even if they’re offered in printable and HTML-ized versions. In a situation where people don’t have laptops — i.e. most of my library presentations — it’s good for people to have something in front of them, and yet I feel ridiculous giving people a piece of paper with mostly URLs on it. So far, I compromise. This talk consisted of

I talk a little bit in the digital divide talk about whether we in smaller libraries need to just be reacting to patron demands and desires or whether we should consider sort of leading the way in, for example, encouraging patrons to get email addresses. I feel sort of the same way about handouts. As much as I think having something to give people at a presentation is a good idea, I feel less good about the idea that I’m making 100 copies of something that could be more easily used and interacted with online and will likely just be tossed out or recycled. I’d like to see a good way to turn this around somehow.

In any case, the talks went well and then I got Tim Keneipp to take me down to the basement where they keep the gamers and I learned to play Guitar Hero! I feel like I must be the last librarian on earth to play this game and I did predictably poorly at first but it was fun to try and sort of nifty to see a whole bunch of teen library activity. Tim also showed me some hot stuff they’re doing with the Lacrosse Public Library intranet that I hope he shows off to a wider audience. I also got to tag in with Rochelle and see how things were going and swap stories about other librarians we knew, standing around outside the library in the sweet-smelling Spring air.

I’m back home now, heading to a MetaFilter meetup this evening and no more outside-New-England travel with the exception of ALA for the forseeable future. See you, perhaps, in Disneyland.