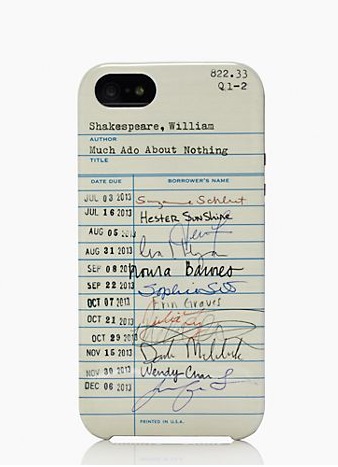 Florida decided to restore state aid to Florida’s public library system. This is good news. There’s also a quirky feel good story about one Florida librarian a systems librarian at Wilderness Coast Public Libraries, who dedicated his vacation to hanging around the Capitol which he did last year as well.

This year Paul spent days at the Florida Capitol, holding signs in suppport of State Aid funding for public libraries. At midnight on April 26 as funding was restored, Senator J.D. Alexander acknowledged that advocates could learn a lot from Paul’s example.

FLA blog mentions this, and Paul comments “Together, as a team we won a victory for the many patrons who rely on their libraries.” Thanks Paul, and Co.Longer story over at Tampabay.com and Library Journal.

Libraries Connect Communities: Public Library Funding & Technology Access Study 2006-2007 Report is out today. I haven’t looked at it yet and was waiting for it to hit the website. The URL for the actual 6MB file is here

If you bookmark the page the document is linked to it will appear as “ALA | 2006-2007 Report” on your bookmark list. While I continue to make the point that tech/web savviness is going to be an important part of being useful relevant libraries in the 21st century, we still put out documents intended to be widely disseminated in PDF format, not HTML This assures that it will be shallowly linked and quoted, if at all, and those links will be hard to track and learn from.

The one news article that I’ve read referring to this report — an AP wire article that I read in the Las Vegas Sun — “Despite Demand, Libraries Won’t Add PCs” is a weird mess of statistics and odd conclusions (won’t add PCs? how about can’t add PCs. Who did this study again? Oh right The Gates Foundation… gee I wonder what their solution to this involves, it better not be Vista. update: the geeky artist librarian agrees). It discusses how popular technology in libraries has become, but also what the limitations are that libraries are facing. The whole article is tailor-made to support a roll-out of the Gates Foundation’s next round of funding which I’m sure will nicely sew up all the loose ends that this article pinpoints.

Except for the fact that more computers means, or should mean, more staff and more space, neither of which get a lot of lip service from technology grantors who would rather give away last year’s software for a hefty tax writeoff. You’ll note that this article says that libraries are cutting staffing so they can afford more computers. I assume then that this is supposed to imply that getting more computers means more freed up money to hire staff. However, we all know, at least out here in rural noplace, that funding remains fixed as does space and what we could really use is an operating system that doesn’t need a 20MB security update every few weeks and a browser that isn’t out-of-the-box vulnerable to a huge range of exploits that leave our computers barely working. The good news is that we can get both of those things and we don’t have to wait for someone to loan us money to do it. Sorry for the slightly bitter tone, I’ll chime in with some more facts from this study once I’ve gotten a chance to read it.

Hot tempers at the library board meeting. “You are bound and determined you are going to build in German Township. I can see it in your gray hair and eyes,” one St. Joseph County Public Library [IN] board member told the library director. When you’re faced with an underperforming branch in a poor community and you’ve already started the planning process on a new branch in a more affluent community, how do you fold that into your long range plan? And what do you tell the public?