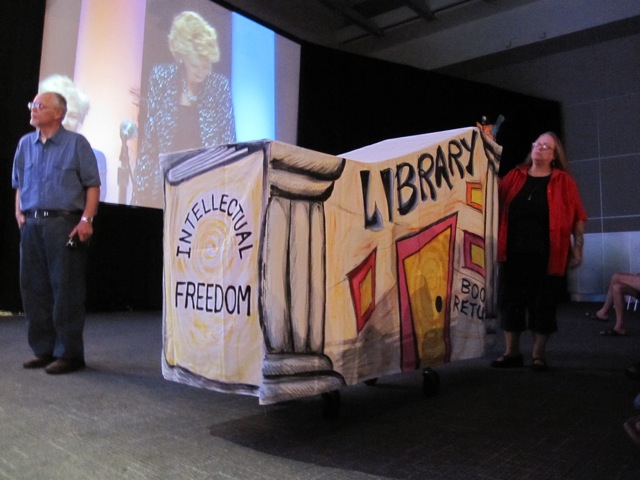 Florida decided to restore state aid to Florida’s public library system. This is good news. There’s also a quirky feel good story about one Florida librarian a systems librarian at Wilderness Coast Public Libraries, who dedicated his vacation to hanging around the Capitol which he did last year as well.

This year Paul spent days at the Florida Capitol, holding signs in suppport of State Aid funding for public libraries. At midnight on April 26 as funding was restored, Senator J.D. Alexander acknowledged that advocates could learn a lot from Paul’s example.

FLA blog mentions this, and Paul comments “Together, as a team we won a victory for the many patrons who rely on their libraries.” Thanks Paul, and Co.Longer story over at Tampabay.com and Library Journal.