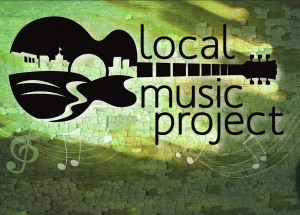 Former Clash guitarist Mick Jones “a prominent figure in the punk rock movement of the seventies and eighties, opened his Rock-n-Roll Public Library in London yesterday.” The library is, technically, an art exhibit, fyi. More about Jones in this Telegraph article. [ellareads]

One the the benefits of my free agent status is that I can occasionally push the envelope on certain rules in a spirit of “see what happens” realizing that some small town in Vermont won’t be bankrupted if I get sued. I’ve often said that I’d like to see more civil disobedience from libraries concerning copyright legislation (especially concerning public performance rights to movies and ability to make copies of our own content) but it’s not happening quickly. That said, as you may know, I make some videos and have put them on YouTube. One of them was popular for a little while. Sadly, that one had a soundtrack from a Beausoleil album that I liked and did not have permission to use. The other much less popular video was just some shots out the window driving in a rainstorm while listening to the radio. The song in question comes on the radio for about the last minute of my video.

Last week I got an email from YouTube saying… I don’t still have the email but in short their Video Identification tool had matched a song in two of my videos and my videos had immediately been removed from public viewing. My options were to 1. delete the audio and/or use their AudioSwap feature to replace it 2. dispute the copyright claim on a few grounds 3. delete the video. I opted to try AudioSwap for my popular video, sort of sad because it removes my voiceover and other sound effects, but decent because it’s a better option than removing the video entirely. I replaced the soundtrack with a free track from AudioSwap. If I felt like I had time and energy I’d write to Michael Doucet and see if he’d give me permission, but it’s probably not even him but his record company, etc. The AudioSwap interface is clunky and may or may not put an advertisement in your video (and hasn’t worked yet for me but I keep trying) but it’s a good option to have.

In the second case, I really feel like I have a decent Fair Use case, so I filled out this form. The form says that I think the clip is fair use under copyright law. It’s my responsibility to “understand the law” according to YouTube, and that is my understanding of it. I had to “sign” it and also type [well copy/paste] the line that says I’m not intentionally abusing the dispute process. After I did that, I was sent to this help article to see what will happen next. The article warns

If the content owner disagrees with your dispute for any reason, they will have the option to submit a copyright takedown notice which will result in the disabling of your video and/or penalties against your account. To avoid penalization, only submit legitimate dispute claims.

So, we’ll see. I think I’m right. I hope the copyright holder thinks so too. At the very least they will be bored with four minutes of windshield rainstorm before they even hear their song and even then they’ll probably be straining saying “Is that it?” At the worst, I’ll get some sort of “penalty against my account” of unspecified awfulness. So, for those of you too timid to try this at home, or possibly being cavalier about the audio you swipe, that’s my report of the consequences … so far.

The High Strung [myspace] is on a National Rock & Roll Library Tour this Summer. How do I know? I read about it on Flickr. In other mashup-type news, Bloodhag [myspace] has come out with … a book. Who else is touring libraries this Summer? Jetpack UK [myspace] and Harry and the Potters [myspace].

Marylaine has a nice write-up about the power of these shows to do a little image improvement for the public library.

Two quotes that echo 100% of the surveyed results:

“Before it was just ole ladies and now it’s young people. It’s a lot of fun.”

“Yes it did, it made me think that if librarians could make a library not very much a library, basically anyone could do anything,” said one ten-year old.

The High Strung enjoyed the library tour as well. Not surprisingly, they say, librarians are better at organizing and promoting rock shows than most rock promoters. And have better pay etiquette. Of course, on a regular tour, they don’t have to stick around for a Q&A after every show.

While we’re talking about social software, let’s talk about libraries using the tools that their students and patrons are already using. Union College in Schenectaty NY takes advantage of iTunes’ feature allowing other people on the same network to listen to each other’s music. So, if I’m at the library using the wireless and someone else is at the library using the wireless and has decided to make their music available, I can listen to it as if it were my music. The library uses their own copy of iTunes to offer tracks of new music that is available for checkout at the library. Innovative, free and clever!