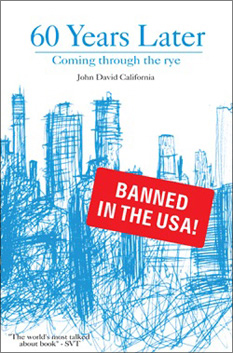 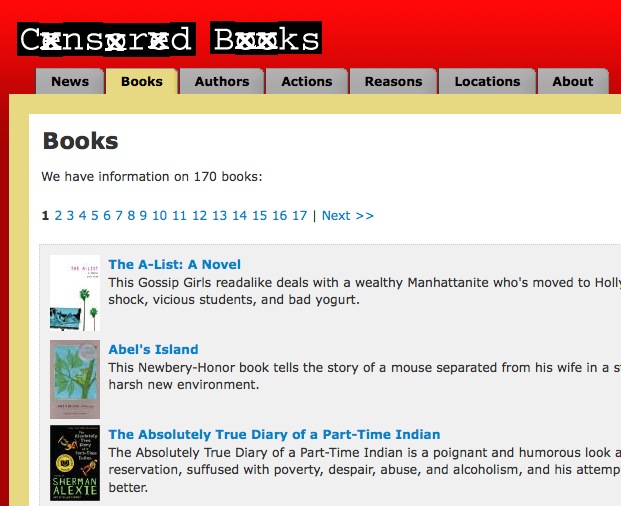 This site deals with book censorship attempts which actually resulted in some action, even if it was later reversed.

Freedom of speech is for everyone, and includes the freedom to say “I don’t think this belongs in the library,” just as it also includes the freedom to say “sorry, but the library is for everyone in the community, including people who find this book useful” or “I can understand that you wouldn’t want your child reading books on that subject, and I can respect your opinion, but some parents do want their children reading books on that subject.” 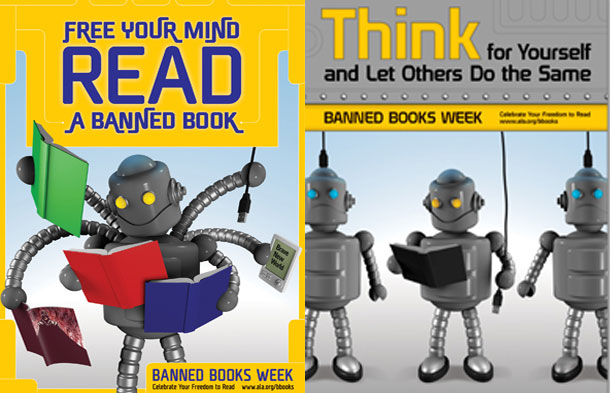 As usual, you get a neat real-time look at what’s going on by following the Twitter hashtag. As usual there are two “main” sites the ALA site at ala.org/bbooks and the bannedbooksweek.org site. ALA has their usual site, links to shopping, links to the main site (which is a 404, oops), links to advocacy materials. They decided to do a virtual read-out instead of an in-person event and I’ve been clicking through some of the YouTube videos on the BBW channel. All the stuff I’ve seen so far seems like it would be what we call SFW [safe for work] and I’m vaguely curious if there could be something so racy that you’d get one of those “You have to be 14 to see this video” warnings up because, hey, that’s its own form of limiting speech. But I think that stuff is only for photos of people in their underwear, or maybe self-reported. The Banned Books Week main site has been up and down today and seems to mostly be pointing to the same stuff. They have a Twitter account but have never used it. The design gets better every year.

There is also the Center for the Book in the Library of Congress who endorses Banned Books Week (though no link on their site?) as well as a few organizations who have signed on as sponsors

So I’d cautiously call this an improvement over last year. More coordinated programming, better talking between sites. I’m still looking for a good Banned Books Week Twitter list [i.e. with the sponsors] and if I don’t see one I guess I’ll make one. I’ve been enjoying the YouTube videos. My own tastes this year go to ebooks and thinking about, with the additional layer of middlemen in the ebook world of buying, licensing and lending, what it really means to be banned or censored an an ebook universe. Look for a post about pirates later in the week.

Connecticut Library Association has a great link round-up about the Enfield Public Library’s decision to cancel its showing of the movie Sicko in response to pressure from town council.

Under pressure from the town council to either reschedule or reformat the nature of the screening, the Enfield Public Library decided to cancel its Friday showing of Michael Mooreâ€™s 2007 film â€œSicko,â€ which is critical of the U.S. health care industry.

The decision to cancel the showing, which stemmed from a complaint by a resident, has been criticized by the Connecticut Library Association, which called the decision â€œan insult to our form of governmentâ€ and said that the library should be a â€œbattleground for ideas.â€