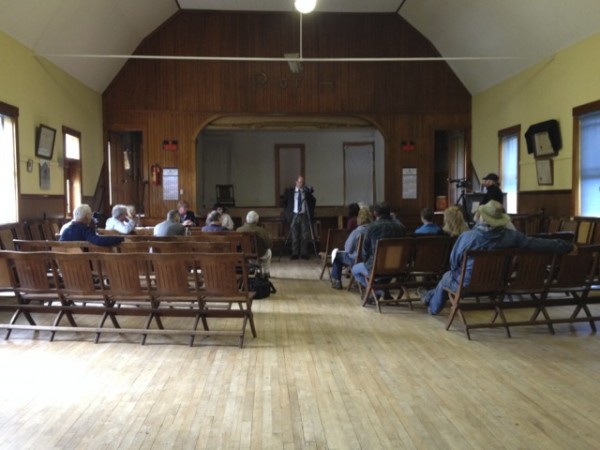 The Boston Globe [via Associated Press] has a short article comparing bringing broadband to rural America to the rural electrification program which finally wired up the last of Vermont towns in the early 60s. The story is what you would expect, except that it’s a little maddening that the options offered are 1. wait for broadband and suffer with dial-up, or 2. nothing. The byline of East Burke points to a town with a teeny library that is open 12 hours per week. West Burke has a larger library but it’s still not large enough to have a website. According to the VT Department of Libraries’ statistics it doesn’t have a single public access computer. Lyndon is the closest town with high speed at their library. Not too far, but still several miles.

Dial-up user Val Houde knows this as well as anybody. After moving here four years ago, the 51-year-old mother of four took a correspondence course for medical transcription, hoping to work from home. She plunked down $800, took the course, then found out the software wasnâ€™t compatible with dial-up Internet, the only kind available to her.

Selling items on eBay, watching videos, playing games online? Forget it. The connection from her home computer is so slow, her online life is one of delays, degraded quality, and â€œbufferingâ€™â€™ warning messages. So she waits until the day a provider extends broadband to her house.