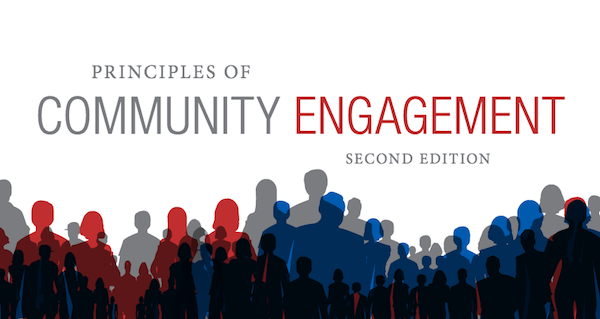 From the email box: One of my book followers is doing something very brave for her, volunteering at her branch library. Itâ€™s a little branch with a lady running it, who is something out of the 1950â€™sÂ  â€”Â  and not in a good way. Itâ€™s quiet. Itâ€™s serious. And itâ€™s falling apart without any new visitors at all. So, this lady is asking her new one-day-a-week volunteer to â€œdo somethingâ€ to get new people to come into the library.

Iâ€™ve been giving my friend lots of ideas, based on what I see at my own very vibrant branch library – including mothersâ€™ clubs, reading hours and clubs, tech training, etc. But I wonder if you are aware of some source of inspiration to help library workers that are very low on the ladder, yet eager to invite new energy to a branch? Maybe you have a clever list of the easiest and most successful types of library programs? What seeds can they plant and how often should they be watered?

I think that is a good idea. First off: Five Minute Librarian is made for your friend 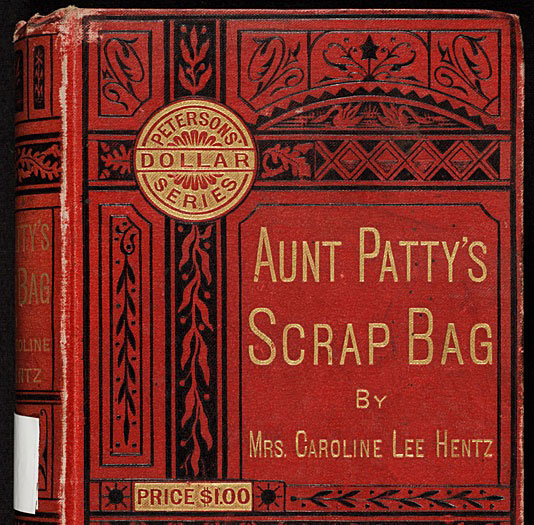 There’s an ongoing theme in library programming: trying to find stuff that isn’t the stuff that’s already been done. While there are aspects of “Just play the hits, man” in a lot of the work we do, that doesn’t mean we can’t find new, original and/or interesting things to do with the huge amount of local cultural content that we have at our fingertips but that might not be common knowledge in our larger communities. The Library as Incubator Project is a site full of great ideas, lovely photographs, sharp writing by three UW-Madison School of Library and Information Studies (and guest bloggers) outlining ways that libraries and artists can work together. Good ideas, well-presented.

“The Vermont Department of Libraries has been publishing Good Ideas irregularly, beginning in 1988. Each edition includes the contributions of many public libraries. This blog was set up to continue the tradition but make it easier for librarians to search, use and print the resources.” I’m visiting family before I head back up to Vermont. Yesterday I convinced my dad to go get a library card in the town he’s lived in for ten years. My dad is one of those “Hey, why borrow it when you can buy it?” people but we trundled over to his library anyhow because I wanted to see it and while we were there, I suggested he get a card.

Let me first mention that even though the experience at the library wasn’t great, I totally understand why that was the case, and I’m not trying to do any public shaming thing here (hence no link). I just think that there’s a sense in which we’re always saying “Hey libraries are more popular than ever!” but there are also people who just plain old never use the library — one of the big challenges of outreach is to identify these people and see if there are ways to make the library appeal to them — and I wouldn’t be surprised if my dad is one of them.

So, we went to the library. The library is being renovated so it’s a bit of a challenge to get inside, lots of uneven sidewalks and unclear signage. My dad is seventy and doesn’t really like being outside of his comfort zone so we were already a little confused when we got there. We went to the circ desk which was being staffed by one obvious volunteer and one person who may have been circ staff or may have been a librarian or who may have been both. No one had name tags. The woman at the desk was doing the typical multi-tasking thing, helping a lot of people at once, and asked my dad “Can I help you?” He said he was there to get a library card. She went off to get the forms he needed to fill out. Actually I knew that was what she was doing. To his mind she just turned away and started answering someone else’s questions and left us standing there.

She came back and asked for some identification and my dad gave her his driver’s license which showed that he lived in the town. At this point I sort of expected a “Oh you’re not a summer tourist!” awareness but that didn’t happen. She handed us a form and told us to fill it out and meet her at the reference desk (about five feet away) when we were done. The form was your standard one page application. This is a photo of my dad filling it out. We waited for her to come back to the reference desk for about five or ten minutes while she continued to answer other people’s questions (someone needed to use a computer, someone couldn’t find the phone books). At one point she got up to show someone where to find something and then she came over to us and said to the circ staff “I’m going to help this man because he’s been waiting so patiently” which I found a little odd. The library had what seemed to be a normal amount of people for a Monday afternoon, and yet it seemed chaotic for whatever reason.

We then stood by the reference desk while she retyped what my dad had written into the computer. She had trouble reading my dad’s email address (he writes in all caps) and made him read it out loud to her a few times. His email domain is tomandcindy.com and she crossed out what my dad had written and wrote it out underneath with an ampersand in it. My dad had to politely point out that email addresses don’t have ampersands, ever. I couldn’t figure out why she couldn’t see what his email address was by reading it, maybe I’m just attuned to his writing. After doing this, she handed us a card and asked “Can I help you find anything?” We said no and left. No welcome brochure, no “welcome to the library!” nothing.

Turns out the library had sent us a welcome email which we got when we got home a few hours later. It included a link to the catalog and some information about the library network and, of course, my dad’s library card number and PIN in plain text (libraries are not alone in this terrible practice, but it makes me cringe nonetheless). My guess is that my father will never go back to the library. There was some good-natured ribbing about this when we got home. I’m aware that it’s not the library’s job to make all sorts of different people feel like it’s their very own place and cater to their every need and personality tic, but then again it sort of is, isn’t it? I’ll be thinking about this some more while I think about how my library welcomes new people to the community.

Libraries are supposed to be all about sharing. Granted there is the line between public library sharing of community resources and academic libraries that often have more archival purposes in their missions. That said, are we good sharers? Could we share better? This question comes out of a lot of things I’ve been reading recently.

1. The USA Today article about Wikipedia and the distinction it draws, sharply, between the authority of print and the authority of the collaborative web. However, I think there is another distinction being drawn about the immediacy and responsiveness of the collaborative web versus the responsiveness of print. If an article in print was found to contain inaccuracies, how quickly would they be fixed? I’m aware that there is a more rigorous fact-checking process for much of what winds up in what we consider authoritative print, but not always. Wikipedia is also often chock full of citations. I won’t go to the mat for Wikipedia as the end-all be-all of reference materials, but I will say that the idea that we are all responsible for what is real, authoritative, and true is a powerful idea, and not one that I think is heavily subscribed to by information gatekeepers.

2. The “library as box” mentality. The idea of outreach is to get the library into places in the community that may not otherwise make use of the library. It also serves to get librarians out of the library. Many librarians are “out” in their community but many are not. At my old public library job, there was a clear benefit to having reference librarians who had lived in town for decades. This was much more important than my technology knowledge, though the two complemented each other strongly. I know it’s a crazy idea but I’d think that all big libraries should have librarians who don’t work in the library at all. Bookmobile drivers and dog and pony show people, but also people who staff information desks at community events, hang out with seniors at the senior center and kids at the battered women’s shelter. The web forced us as a profession talk about “outside the box” service, but shouldn’t we have been thinking about that all along? My job takes me to many libraries and technology centers and I find that an important part of my job is the bardic role of telling librarians and computer users about other librarians and computer users, sharing their stories. One of the most important parts of grappling with frustrations and setbacks is realizing that it’s not just you, that you’re not alone. Part of the divide in the digital divide is people not knowing anyone or any place where they can go get answers to tech questions, or even if their questions are easy or hard.

3. Content creation. The whole 2.0 thing in general seems to be about using the hive mind and the affordances of technology to synthesize newer, better and more useful systems that then become available for everyone. Libraries have historically been places to receive information but with some rare exceptions, less places to contribute information. Blogs and wikis and tag clouds, all the stuff we prattle on about are good for reading or reading about, but they reallly shine through use. I had the pleasure of having a brief but intense talk with Andrea and Kevin Dames at Internet Librarian. Kevin turned some of this talk and thoughts of his own into an idea: Multimedia Information Centers where people can “mashup” the library, both creating content for themselves but also through incentives, contests and enthusiasm, roll that content right back into promoting the library. I like the ouroboros ideas where the investment that you put in comes back out to you on the other side.

So? I’m not sure. I think one downside to the blog blowup is that sometimes it’s easy to put an idea out there online and think “Good, I got the ball rolling, now someone can pick that up and run with it.” This is especially hard if we’re in jobs or situations that don’t allow us the freedom to explore the ideas we have or, in some cases, if our ideas don’t jibe with our institutions learning and sharing styles. I like being a philosophizing librarian, but I also think it’s important to meet the people who your ideas trickle down to, see how and why they repurpose it, or how and why it works or doesn’t work. Our patrons share their hopes and dreams and foibles and ambitions with us all the time, it may be time to give back, become more interactive and collaborative, make that door swing both ways. This is what Library 2.0 means to me.