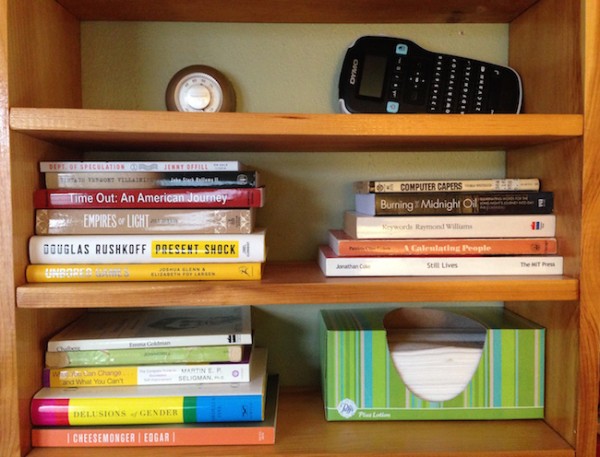 I started 104 books this year and finished 102. This year’s goals were twofold: read more books than last year, and read more diversely. I got the first goal accomplished but sort of at the expense of the second goal. I tried to get into a good daily reading pattern, and dug in to some book series. This meant that when I finished up the books by Archer Mayor, I had just read a large number of books by yet another white guy from New England. I didn’t read as many books by women as I’d wanted. I read a higher percentage of books by non-white, non-Western authors but I still need to do a lot better. I’m really happy to have managed a lifestyle where I read almost every day, off screen, for 30 minutes or more. Now I need to get choosier about what I am reading.

A few book-specific notes. I really enjoyed Archer Mayor’s books and am now caught up. I recommend them to anyone looking for a place-based set of cop procedurals. I read almost every book suggested in this Ask MetaFilter thread and I enjoyed most of them. I also read a bunch of YA-ish techie nerdish books like Soon I will be Invincible and Ready Player One which are great books that any people who spend a lot of time online will enjoy. Many of the graphic novels I read were published by First Second and I probably need to read more books by them. I also enjoyed some local New England books both fiction (The Lace Reader) and non-fiction (Bootleggers, Lobstermen & Lumberjacks). One of the things that is odd about reading this many more books than last year is that the books from earlier in the year seem like I read them forever ago and they fade into distant memory. 2014 seemed long in mostly good ways. I also have a few books that I am halfway done with and they have been halfway done for months. I need to find a new way to kick books more quickly to the “unfinished” list. Here’s a chart for this information instead of a long list of numbers. I’m more concerned with trends than specific numbers. 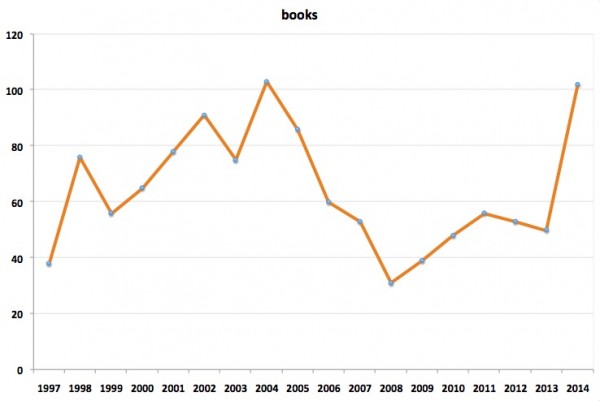 If you’ve made a reading list for last year, I’d love to read it. Happy New Year.