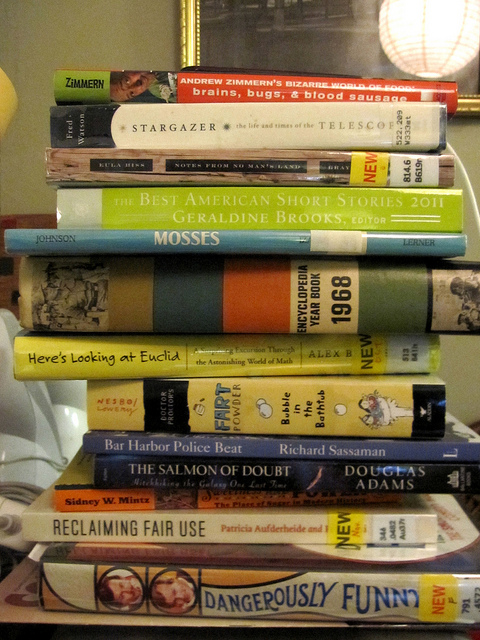 I’ve waited til the new year to write this list up. I’ve spent the first few days of the new year finishing up a few books that were lingering on the nightstand. Here’s the complete list, you’ll notice that I only finished some of the books in this photo which was my “to read” pile on 1/1/12.

My reading is really getting to be consistent. I read about a book a week, split between fiction and non-fiction. I like most of the books that I read. I read a lot in July and not so much in December or February. Still no ebook reader, though I’ve been using my iPad more to watch Downton Abbey while I am on the treadmill. One book took me the better part of a month to get through (Quammen’s book about the Dodo and other extinctions) but it was well worth it. I read all the Hunger Games books in a little over a week and while I think that having read them is good for me as a librarian, I felt pretty “meh” about all but the first one, which surprised me.