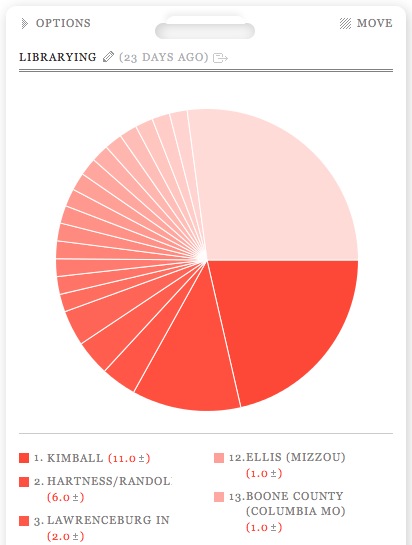 I went to thirty-five different libraries in eleven states for fifty-four visits total. I’m sure I have forgotten some. Hereâ€™s the short annotated list of what I was doing in libraries last year. Foursquare really helped me keep this list up to date. Top three libraries are the same as last year.