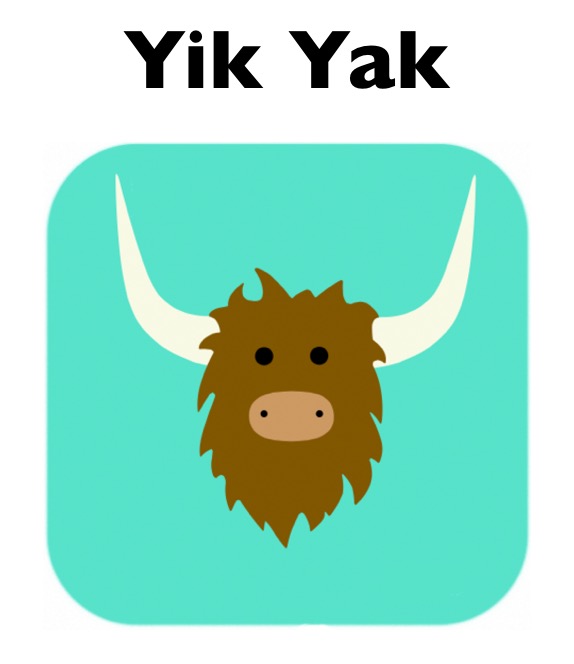 The principals of all the local schools got together and did a parent safety evening at the school. I was one of the presenters. I think they were expecting a big turnout, but it was a small (but interested) crowd. I did two very short presentations

1. Ten apps in ten minutes. For parents who are not using mobile devices for social purposes outside of facebook, knowing what the various apps are and what they do can be useful. I just had a very basic slide deck and talked over some images of the apps. I had to learn to use Snapchat which was sort of hilarious.

2. “How the heck does this work” a short talk about things parents can control in their home internet environment and what they can’t. Obviously the standard line is that the best thing you can do is talk to your kids and this is more useful than just using technological tools on what is, ultimately, more of a social problem. That said, it’s good to understand what you can and can’t do with the technology.

Most importantly was, I think, people seeing and getting to know each other and getting to have conversations about what their systems were at home. One parent charged all the devices in his room at night, for example, so the kids couldn’t sleep with their phones. Another had a “no phones/devices before homework is done” policy. Another had a “two hours of screen time a night” rule. I was glad to be a “local expert” of a sort who could give people some perspective on what technology can look like form another direction. The newspaper wrote up a short article about the event. Feel free to use my slides for your own safety talks.

Red Sox player Johnny Damon shaves off his beard to raise $15K for unspecified Boston Public Library reading and tutoring programs.
Five controversial performers coming to your local library. [thanks lisa]
When I worked for The Princeton Review, one of the things we used to tell students was that the only thing that really significantly correlated with test scores was income. If you had more money, you’d generally do better, no matter how you had done in school, how much you studied, whatever. It definitely motivated kids to prepare for test, but it also made me really sad. Now that standardized tests are becoming mandatory, people in Florida have noticed that better libraries mean better scores, even as the amount spent on most of those libraries is “pitiful”. [thanks mac]
An author’s dilemma — make your book more palatable to [some] librarians or risk losing sales, lots of sales. [thanks penny]