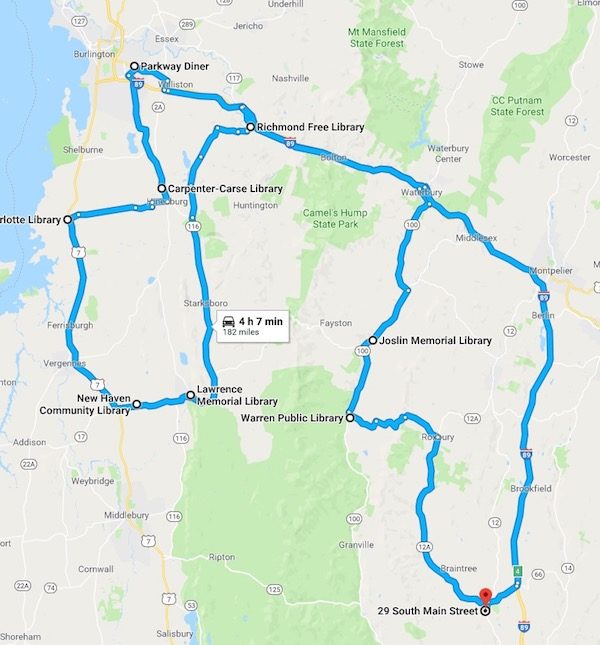 It’s been a while since I talked about my library visiting in earnest. Vermont has a 251 Club, a pretty informal group who have the aim to visit all of Vermont’s 251 towns. I love the idea (I’ve been to all the towns, now going back to photograph them) and have extended it to libraries. The Passport to Vermont’s Libraries project that VLA did for three years was basically an outgrowth of this. But now it’s just me and my list and map and car.

Yesterday I gave my Practical Privacy talk in Richmond Vermont (pop. 4000-ish) and had the day free beforehand. I figured I’d go for a drive. I started with VLA’s map of all the public libraries in the state, then used a new tool I’d just made, a list of all the public library websites in the state. From there I made a list of which libraries would actually be OPEN (this is more challenging than it might seem in a library where some libraries are only open 14 hours) and charted my course. I managed to see seven libraries in one long day, had two meals with interesting women–Mary the director of Fletcher Free, and Julie a techie powerhouse who does coding and coaching and public speaking–and gave my talk in the big upstairs room of the Richmond library which had previously been both a church and a basketball court. Here’s where I went.

I peeked in a lot of old books, talked to a bunch of nice people, stayed on top of my email and really felt like I’d gotten to know more of Vermont through its libraries. And it gets me jazzed about figuring out ways I can do more things that are helpful, that use my particular skills to get things done for libraries. My little photoset, which should eventually have 183 photos, is over on Flickr. 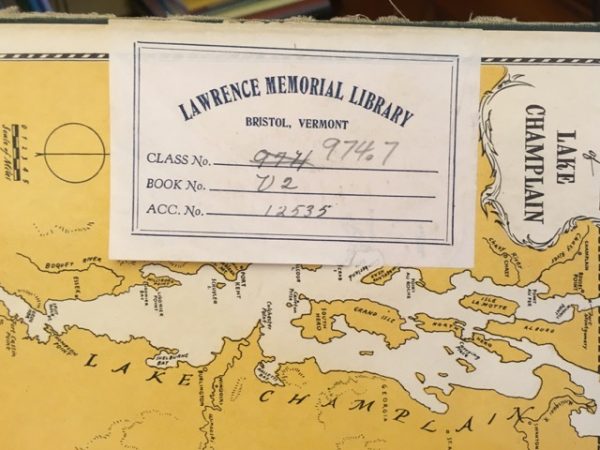