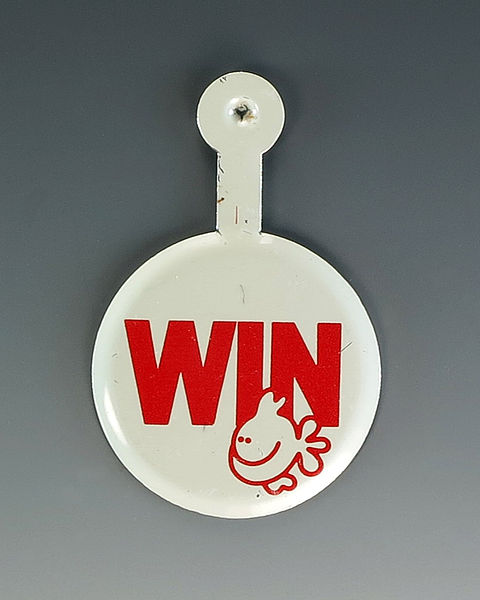 I think this program is nifty and I was excited this time because the WiR is a Master’s student at the University of Michigan’s iSchool. I dropped him a line and asked if he wouldn’t mind answering a few questions. Here is a small Q&A (done over email) with Michael Barera about his new internship.

JW: The Ann Arbor Journal says you’ve been a Wikipedian since 2001. Is that a typo or have you been an editor there for over ten years? In any case, what first brought you to Wikipedia or the Wikimedia school of websites? What is your favorite thing about working on Wikipedia?

MB: 2001 isn’t exactly the true year that I started on Wikipedia: I found the site first in 2005, and made my first edit in 2006. 2001 is the year of the oldest photograph that I have uploaded to Wikimedia Commons, so in a way my contributions go back to 2001, although I didn’t edit Wikipedia or Commons until 2006. I was actually introduced to Wikipedia by my high school Western Civilization teacher in 2005, which is interesting because most people don’t have such an academic entry into the site: perhaps he was part of the reason why I’ve always taken it seriously.

For the first year or so, before I made my first edit, I used Wikipedia essentially as an extension of my social studies textbook: I’ve always loved how much more inclusive it is than the mainstream social studies curriculum in this country. My favorite thing about working on Wikipedia is sharing everything I’ve created or contributed with everyone in the world. We all chip in a little, and because of the CC-BY-SA and GFDL licenses, everyone gets to share and enjoy in the totality, all without ads or paywalls or subscriptions. I love the fact that it really is “the free encyclopedia”, both in the “gratis” and “libre” senses of the word.

JW: You went to UMich for your undergrad work and now you’re pursuing your Masters at the School of Information. Is this internship a natural outgrowth of what you planned to do at the iSchool or is it more of a side hobby that turned into a big deal? What are your interest areas at the iSchool?

MB: The beautiful thing is that it is both part of my career plan at SI and an outgrowth of a multi-year hobby. That’s why it is so perfect for me, because it allows me to use both my U of M bachelor’s degree (which has a concentration in History) and my knowledge and experience with Wikipedia, all in one package. In terms of my areas of interest at SI, I am specializing in Archives and Records Management (and maybe dual-specializing in Preservation of Information as well), but I’ve really enjoyed everything I’ve taken so far, from human interaction in information retrieval to Python programming to dead media. SI really is a perfect fit for me!

JW: Sort of a silly question but are you literally “in residence” meaning that you get to go work at the library? Or is it more of a virtual residency?

MB: I’m literally “in residence” at the Library four hours per week, but as you know Wikipedia can’t be confined to just one place at a certain time, so there is plenty of spill-over above and beyond these four hours. It is rather interesting to have an internship that literally bleeds into my free time, but I love editing Wikipedia, so I can’t complain!

JW: This project seems like it’s sort of a trial partnership experiment for both Wikipedia and a US cultural institution. What are you hoping will come out of this partnership in addition to the stated goals of making more of the library’s public domain holdings available via Wikipedia?

MB: Well, to be fair, a number of US cultural institutions have already had Wikipedians in Residence: the National Archives and Records Administration, the Children’s Museum in Indianapolis, Consumer Reports, and the Smithsonian Institution have all beaten the Ford Presidential Library and Museum to the punch. For me, the biggest goals of my internship (in addition to the obvious desire to improve content on Wikipedia) are to foster and maintain a relationship between the Wikimedia movement and the Ford as well as to encourage content experts, like the people I work with at the Ford, to create Wikipedia accounts and to become Wikipedians themselves. I know it can be daunting at first, but there are lots of long-time users who are happy to give their help and guidance, myself included. We won’t bite the newcomers!

JW. Do you feel a little odd about being in a fishbowl with all of your Wikipedia edits and actions being visible or is this par for the course for you? What do you think is people’s largest misunderstanding about Wikipedia?

MB: Well, all of my Wikipedia edits and actions have always been visible (that’s the nature of the MediaWiki software), and while there is certainly an upsurge in media attention and awareness about the internship or me specifically, I don’t think that there has been a dramatic increase in the number of people paging through my edits or watching my talkpage. On Wikipedia, I still feel like a private citizen: I think most of the media attention has been at a very basic level, and I think some of it struggles to grasp the nuances of what I am doing or even the structure of Wikipedia itself, which brings me to your last question. In terms of people’s largest misunderstanding about Wikipedia, I think it is the simple fact that we are an encyclopedia: a tertiary source without original research. We are not a blog or a forum for anyone to post whatever he or she wants to post, but rather a dedicated and thoughtful group of “collectors” trying to assemble the world’s best encyclopedia piece by piece, bit by bit.

MB: I’ve always loved how much more inclusive it is than the mainstream social studies curriculum in this country.

JW: I’m with you there. Are there any particular examples that stand out to you?

MB: During my elementary, middle, and high school careers, I discovered that my history/social studies education was essentially a history of Western Europe and North America. While the curriculum has improved dramatically in terms of coverage of Native Americans, African Americans, and Asian Americans in the last few decades, there is very little Latin American, Eastern European, African, Asian, or Oceanian history taught at the primary or secondary levels in this country (and just about all of it directly impacts the United States, typically in negative ways, such as Vietnam’s one cameo appearance in American history during the Vietnam War). I think the heart of this issue is the old belief that history is “national myth-making” is still alive and well in this country, at least below the post-secondary level.

On the other hand, I absolutely loved how different history is at the college level: as an undergrad at the University of Michigan, it was refreshing to take history courses covering nearly every corner of the world that both attempted to show that country’s perspective and then critique it at the same time. My modern French history (1871-present) and Soviet/Russian history classes were the best examples, and I would highly recommend my professors, Joshua Cole and Ronald Grigor Suny, to anyone: they do it the right way, and I for one wish I had more exposure to that kind of “real history” when I was younger. Long story short, Wikipedia is much more like this post-secondary, “real history” than “national myth-making”, so I always enjoyed how much more objective Wikipedia is (although not perfectly objective, of course).

JW: One of the things that has been challenging for me in Wikipedia outreach is trying to convince people that they don’t need to get someone to do the editing, that they can be bold and dive in. Do you have any particular approach to trying to get people to get comfortable making their own edits?

MB: My advice for getting people to start contributing is simple. The next time our hypothetical potential editor is on Wikipedia, I would encourage him or her to create an account and then just stay logged in while reading articles. Anytime he or she spots a small error, such as a typo or punctuation issue, he or she should just go ahead and change it. Actually, an account isn’t even needed: readers can (on most articles) make such minor corrections without an account, too. Still, this notion of starting small is the real key, in my opinion: just start with the little things and become comfortable with the editing interface (and the notion of editing a wiki itself), and eventually that new editor will feel comfortable making larger and more substantial edits. That’s how it was for me many years ago.

JW: Are there other online reference sources (crowdsourced or not) online that are your “go to” sites when you are trying to do research either for Wikipedia or your other projects?

MB: The resources I use for referencing Wikipedia articles are broad and diverse, and they range widely from topic to topic, as is to be expected. One commonality, though, is that I use a lot of newspaper and journal articles: in most cases, they are reliable secondary sources that are very good at establishing the core facts that lie at the heart of the Wikipedia article. One hint for maintaining NPOV is to try to recognize the different sources and balance them with each other. For example, on the article on the 2001 Michigan vs. Michigan State football game, I made sure to use both the U of M and MSU athletic departments’ press releases and game notes.

And, in an even better example from my work on the article Queens of Noise (The Runaways’ sophomore album from 1977), I tried to effectively balance multiple perspectives on the content, including the recollections of Jackie Fox and direct quotes about specific songs and events from Joan Jett, Cherie Currie, and Kim Fowley. Most interestingly, that article includes two separate (and contradictory) accounts of why Jett sang lead vocals instead of Currie on one of the songs, one given by Fox and the other by Currie. The key is to make it clear who is saying what where, and so like the “real history” taught in colleges and universities across the nation (and the world), the article has become an effort to show the different perspectives in conversation with each other instead of just giving one point of view (as is the case with “national myth-making”).

JW: Cheers and thanks for doing this for me.

MB: My pleasure! Thanks for the interview, and take care!