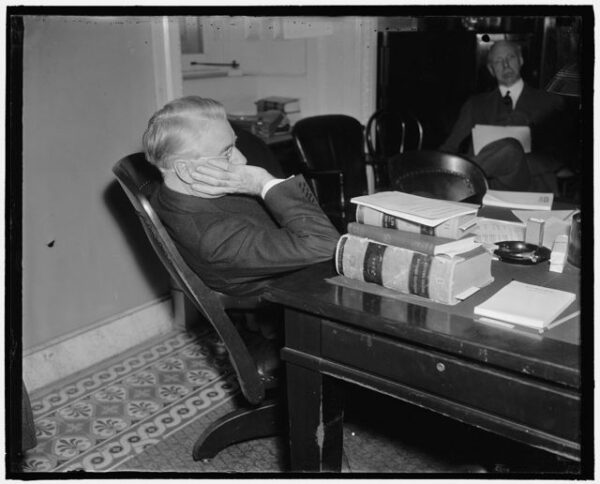 I was asked to give testimony about technology for the Working Group On the Status of Vermont Libraries. this is what I wrote.

My name is Jessamyn West. I am a librarian who lives in Orange County Vermont. I have a technology background, an MLIS, and I have worked for and with public libraries since moving to Vermont in 1997. I’ve written a book about technology instruction called Without A Net: Libraries Bridging the Digital Divide and I do public speaking on technology topics nationwide. I run the website and other technology for the Vermont Library Association, a professional association for public librarians in the state. I am the elected Vermont Chapter Councilor for the American Library Association.

My main work has been helping small rural libraries and their patrons learn to use technology to solve problems. I started as an outreach librarian at Rutland Free Library where I taught email classes using a flip chart and began my current work in 2005 when I was hired at the Randolph Technical Career Center as an Americorps worker. This is a regional tech ed facility serving many “sending towns.” RTCC wanted to do some outreach to those sending towns and so my job there was a combination of teaching local technology classes in their adult education program, doing direct outreach to the rural libraries in those towns, and what I called “Drop-In Time” which was an open session where anyone in the community could come ask technology questions on a weekly basis.

Drop-In Time started because we were finding that the people who signed up for our basic technology classes sometimes didn’t have the basic technology skills—vocabulary, mousing skills, keyboarding—to take those classes. We would also sometimes get referrals from the state’s vocation rehabilitation people and the local adult basic education program. Over time that job morphed into what I do now which is a similar Drop-In Time on a weekly basis as a library assistant with Kimball Public Library in Randolph Vermont. Since the beginning of COVID I will also occasionally do tech support email exchanges or Zoom/Skype/Teams/Hangouts technical support which the library employs me for, at library assistant wages.

I’d like to briefly address what I see as the main issues in the areas the Working Group on the Status of Libraries in Vermont has asked about.

Library services for specific segments of the Vermont population

The bulk of my work is with older members of Vermont’s population, ranging from my age up to mid-90s. Many of these people are also on a fixed income and can not afford to get assistance from technology professionals. If they were not getting help from the library, they would often not be getting help at all. Examples of the sorts of things they need help with, based on my last week’s work:

A few things that are important to this population group

accessibility factors – many people in this population have one or more issues that require accommodations. This can range from basic accessibility issues—setting a larger font, or getting a better pointing device for a shaky hand—to more complicated ones involving cognitive and memory challenges or mental health issues that can make being in a stressful environment exceptionally difficult. The public library is well-positioned to help address these issues since we are nominally accessible generally, but staff don’t always have the training, particularly the technical training, to know how to make accommodations in the digital realm.
outreach issues – sometimes it’s a challenge letting people know the library is a place for this sort of service. Not all libraries in the state offer this kind of service and people may not know or think of the library when they think of “getting help with the computer.” Many patrons do not know that the ABLE library can help with people needing accessible formats. We spent a lot of time finding the right way to reach people and often it’s either word of mouth or putting something in the local newspaper that gets to people.
defining “solving the problem” – many people in this service population have what I would consider “chronic” technology needs. They are aware that they have ongoing issues but do not have the ability to stay on top of them for various reasons none of which are lack of effort. They have a hard time finding good information sources to assist them with their technology needs and often rue the lack of print manuals to guide them through solutions to their issues. It is difficult for them to shift to the solutions that work for other population groups—googling, checking online support forums, watching YouTube videos—and they can often fall prey to scams because they have low confidence in their own abilities to assess and distinguish good information from bad information.

As one example, a student Googled “Netflix phone number” to get help with her Netflix account and a scam site showed up higher in the Google results than Netflix’s actual phone number. She called the number on the screen and someone tried to take over her computer. The library can be a trusted source of information to help people learn to differentiate good information from bad information however, again, staff need to have their own technological competencies and this can be erratic at a statewide level, even though there are many technologically competent librarians in Vermont.

The role that libraries play in emergency preparedness, cultural diversity and inclusion, public health and safety, community identity and resiliency, economic development, and access to public programs and services

This is a tricky topic because many libraries responded differently to the most recent emergency, the COVID-19 pandemic. My own library made a decision to be closed to the public (providing curbside services and some virtual programming) for much of the past winter (November – April) which had a devastating effect on people who were less able to interact with the library using technological methods. While the library is often seen as a destination for getting access to resources (i.e. you want to learn about fishing we’ll help you find resources about fishing, we will not, personally, teach you to fish) with technology sometimes we did have to get to the “teach a person to fish” level because, similar to Drop-In Times in the past, if someone couldn’t use Zoom, they couldn’t attend a library program. So my role shifted to someone who would help people practice using technology so that they would be ready to use it for the thing they wanted to use it for.

So, for example, a woman in my community wanted to attend her granddaughter’s Zoom violin recital but was concerned that she wouldn’t be able to use the tools properly. We practiced Zooming (me from my home, her from her home) and practiced turning the camera and the microphone on and off, entering and leaving a Zoom room, using the chat feature. I also did this with people who needed to send an email with an attachment, or open an attachment that was sent to them. They could practice by emailing with me. Many people do not have people to practice with, or not someone they feel comfortable being vulnerable with. The library can be, again, a trusted source of skill building so that people can access the tools they need to live their lives.

In short: people who had some level of technological competency or support networks for technology set up before the pandemic fared better than people who did not. While access to a computer and internet are and continue to be important, many people in Vermont, digitally divided people in particular, primarily interact with the online world via their phones. This can be social media interactions, or even things like preparing a resume, writing a document or applying for a job. Historically it hasn’t been a library’s role to help a library patron with a phone issue. However, since phones are becoming more ubiquitous and also the method through which people are going online to access resources and information, libraries have had to shift to being able to help with these devices. This can even include things like figuring out a patron’s phone plan to determine why they can’t do a thing they are trying to do online. It’s complex and sometimes time-consuming but an absolutely essential role for libraries in rural communities where people lack other options.

Even though this is not on the topic of technology I’ll mention specifically that every library in the state that I have been to has a book/media collection that is more diverse than its population. In a state with a lot of class diversity but very little racial diversity, I think this is a crucial part of the role libraries fill for their communities.

We were exceptionally lucky in this state that our State Department of Libraries took a leadership role early on in the COVID-19 pandemic. Libraries were often adrift and trying to serve their communities as well as possible. VTLib helped by distributing PPE and administering grants for other durable equipment (air filters, plastic dividers, teleconferencing equipment, additional wifi nodes) but also being a calm and caring institution which collected and shared statistics and stories of how other libraries were, and are, managing the crisis.

Libraries which had to close early on in the pandemic learned new skills, offering not just curbside book lending, but things like curbside printing, which is essential in communities with no local printing options. They expanded their wifi services to extend outside of the building and created outdoor spaces where people could access the internet. They found ways to do contactless or socially distant programming.

But not all libraries engaged with these options equally. I did some online programming for one library in a small community which was doing its first online programming in February of 2021, considerably late in the game. Many of our public libraries interact and exchange information and ideas using mailing lists offered by VTLib or the Vermont Library Association and libraries that were not using these tools would get further isolated.

As someone who is not only comfortable but enthusiastic about using technology, trying to figure out ways to make using technology a genuine option for not just these libraries but also their communities has been one of the challenges that the Vermont Library Association has been trying to address in the past few years.

In conclusion, my concerns about technology relative to the status of Vermont libraries is primarily in making sure that Vermont’s library patrons have equitable access to not just the internet and technology-enabled devices but also to trusted and trained staff who see the library’s role of providing access to information extending into the digital realm.

A complete list of libraries I have worked at, with, or for, in Vermont