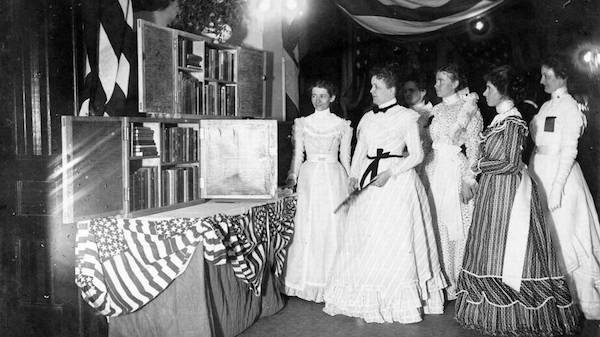 I’ve been spending some of the wintertime outlasting the blues and making sure that Wikipedia’s got entries for every state library association. It mostly didn’t, now it mostly does. I really should have been writing this post as I went, but blogging is different from making little stubs from templates. My process was straightforward:

Many of the Southern states had segregated library associations, reflecting the blatant racism of the time. Some states had separate black and white associations–my favorite article to write was the short history of the North Carolina Negro Library Association which had a mostly-amicable merging with the NCLA. Some states dropped out of ALA rather than integrate their library associations (and then were forced to after the Civil Rights Act of 1964, for shame). I look at our organizations now, with ALA having both a Black president and executive director, and my colleague Jason Broughton the first Black state librarian in Vermont’s history and I feel… ready for a change.

One thing I notice about these associations’ websites is that if they are using membership software, it shows. There are only a few membership software tools that library associations tend to use, and their imprints are obvious. Not a huge deal, since you can have a good website even wedged into a membership software format. However, many associations seemed to start up with their content when they switched to software. No newsletters older than a few years. No archival information. Sometimes you can’t even figure out when the association started. Some associations even have old ghost websites out there, at old URLs. As a sociological phenomenon it’s fascinating. Seen through the eyes of someone who runs her state association website (and wants it to be better, and has limited time) I’ve learned some things.

2 thoughts on “Our Library Associations”